New York City takes pride as one of the best real estates in the United States. However, it’s the most expensive state amongst its predecessors, not only in buying but renting as well. Whether you relocated to Manhattan East Village or Albany’s Main Street, renters insurance is essential to securing your new space.

Below are some of the damages that renters insurance in New York State will cover:

If you want to learn more about renters insurance overall, click here!

The landlord is required to insure the apartment you’re renting by law. This ensures that the building is protected from damages like fire, explosions, among other natural disasters.

However, the landlord’s coverage will not cover any of your personal property damages. It is, therefore, essential to confirm from your landlord if they require renters insurance.

New York state is prone to cold winters and moist summers. Winters are more intense in the coastal regions between December to February; however, not as intense as inland cities. During the winters, temperatures are above freezing point in the morning hours, which later drops to 27 degrees celsius.

Cities like New York City are at risk when the sea level rises due to storm surges that overflow the bridges and tunnels. A study by Lower Manhattan Coastal Resilience predicted that 37 percent of lower Manhattan’s population are likely to be victims of storm surges in 2050. If you live in areas at risk of rising sea level, you should get renters insurance and expect to pay more.

According to Crisis Equipped, some of the most common natural disasters in New York State include winter storms, wildfires, blackouts, hurricanes, tropical storms and floods. There are also other rare disasters, such as landslides and tornadoes. Severe storms are mainly common in New York City, and Long Island. Albany and Upstate New York are prone to floods while severe snow is experienced more in the Central and West areas – Buffalo and Rochester areas to be precise.

New Yorkers are more concerned about property crime compared to other states. When homeowners are away, the chances are that property crime will occur. As such, New York has enforced the highest levels of concern to enhance overall security.

The average crime rate is estimated to be 38 percent countrywide; however, 35 percent of New Yorkers feel that property crime will occur when no one is home. Recent research accounted for 11 percent property crime in the entire New York City, with 10 percent coming from safest cities.

According to a report, the top 10 most dangerous areas in New York state include Buffalo, Niagara Falls, Binghamton, Schenectady, Rochester, Watertown, Albany, Johnson City, Utica, and Syracuse. Buffalo, for example, records up to 1,042 violent crimes per 100,000 residents.

How much is renters insurance in NYC per month?

The average amount you’ll pay monthly will vary depending on your level of requirements. Meanwhile, you can expect to pay anywhere around $6 to $25 per month or $72 to $300 per year.

Still have questions about renters insurance in general? Click here! 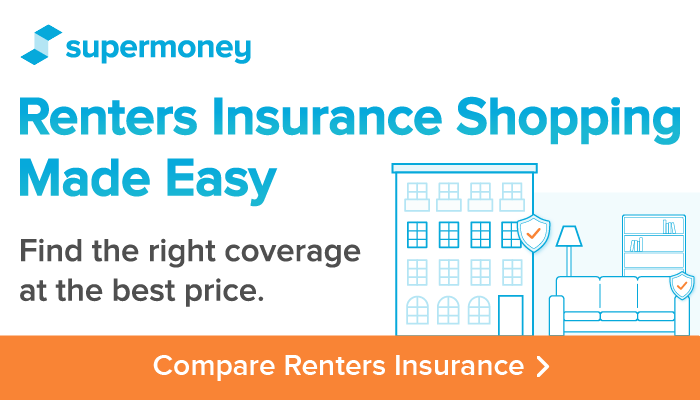 My name is Tyler and I run this website. Car, health, and home insurance shouldn’t be the murky labyrinth that some make it out to be, and so I made this website to help inform you about the bits and bobs that make up this market and essentially give you a map through the opaque world of insurance.

While I’m not an insurance broker, (I’m a chemical engineer), I’ve bought enough insurance products to realize how complicated it can be to sort through so many policies and steps, and so myself and my team of experts from around the world have scoured the web to put together informational content for you to browse through.

Fill in your details to get added to our email list